The Perfect Match: A rental owner plans a wedding for his own daughter A rental owner plans a wedding for his own daughter

Dan Skena, CERP, is the owner/president of PartySavvy, a Monroeville, Pa., event rental company. He can be reached by e-mail at [email protected].

Editor’s Note: Dan Skena, the owner of PartySavvy in Monroeville, Pa., has handled hundreds of events over the years, but probably none as important to him as the recent marriage of his daughter, Lauren. The following is his account of the challenges and preparations for this “more than special” event.

When you own an event rental company and have tents in your inventory, you tend to entertain outdoors. We are fortunate to have a fairly large, level backyard, which is great for tented events. As our children were growing up, many of our celebrations were held in our backyard, under a tent. As our business grew, we expanded into larger tents and began doing more and larger tented wedding ceremonies and receptions.

Our daughter, Lauren, loved the idea of being married outdoors and having a tented wedding reception someday. However, our backyard wouldn’t handle a large wedding. She often talked about getting married at our local ski resort, where she spent many hours every winter as a child.

After Lauren and Lee had been dating for a while, we learned that Lee’s grandparents had a property that they called “the farm,” where most of their family weddings have been held. Lee’s father is one of nine children and Lee has a lot of cousins. Some of his aunts and uncles, all three of his sisters and some of his cousins have been married at the farm. Naturally, Lee wanted to be married there, too.

Lauren and Lee were engaged in Peru on her birthday in November of 2008. Shortly after Christmas, we made a trip to the farm with our good friend and customer, event planner Bob Sendall of All In Good Taste Productions. My wife, Sue, and I were familiar with the property, having attended a couple of parties there. We also provided the rentals for Lee’s sister’s wedding at the farm in August of 2008. We knew how parties had been done there in the past, but we wanted Bob to see the property so that he could give us his vision for Lauren and Lee’s wedding, which was totally unlike anything that had been done there in the past.

Over the next eight months, we were deeply involved with all aspects of wedding planning, which was a new experience for me. Ordinarily, I’m just involved from the standpoint of the rentals. This time, I saw the whole process from the customer’s point of view, which was a real eye-opener.

The farm actually was a working farm that was part of a large estate in the early 1900s. Sheep, pigs and horses were housed there and all of the original buildings still exist today, but they serve different purposes now.

Most of the land on the farm is hilly except for the courtyard and the tennis courts. There isn’t a large, open area that is level. Typically, the courtyard is tented for the dinner reception, but we wanted to hold the ceremony in the courtyard, followed by a cocktail reception on the pool level, followed by dinner and dancing on the lower lawn between the pool level and the lakes in the valley. This was a workable plan, but it would require more than 10,000 sq. ft. of level flooring, built on three levels in an area where the change in elevation from top to bottom was about 17 ft.

Access to the site by truck was difficult due to a narrow bending road, which was bordered by large trees with low-hanging branches. Much of the flooring was delivered on a flatbed tractor-trailer and had to be off-loaded at the entrance to the property, which was about ¼ mile away, and transported to the site with a small dump truck.

Lee’s father provided us with a topographical map of the property, which showed the location of all of the buildings and other features of the property. We were able to use that as a background in PartyCAD, which allowed us to plot our flooring on the site to determine the length of the legs that would be needed to support the floor.

Due to the difficulty of access to the site and the complexity of the job, we decided that we would begin the installation of the flooring eight days prior to the wedding. We estimated that it would take three days to build the floors, which it did. We installed the main tents on top of the floors on Monday and the work was non-stop from there on out.

The flooring company spent another two days building stairs and installing guardrailing and carpeting. Our crew was there every day delivering truck load after truck load of equipment. In addition to the flooring company and my company, we had a lighting company and an audio-visual (A/V) company involved. All In Good Taste Productions did all of the décor and flowers, in addition to providing quite a few props and catering the cocktail reception and the dinner.

Lauren and Lee had some specific ideas about the look that they wanted for the dinner reception, as well as for the band/dance area. Their colors were blue, grey and white, which were used in both of these areas.

The 60-ft.-by-80-ft. dinner tent had four large chandeliers mounted on the outer four centerpoles. All six of the 25-ft. tall centerpoles were draped with white fabric. The carpeting was slate blue, which matched the slate blue cushion covers on the fruitwood Chiavari chairs. The ceiling of the tent was washed in soft blue light provided by parabolic aluminized reflector (PAR) light fixtures mounted at the top of each sidepole. The bridal party and their guests were seated at a 27-ft.-long table in the center of the tent, which was set on 42-in.-tall legs with matching Chiavari barstools. Guests were seated at a combination of 54-in. square tables of 8- and 9-ft.-by-42-in. tables of 10.

For the band/dance area, Lauren wanted a South Beach look, which was created with a 30-ft.-by-70-ft. tent with a clear top, set on 10-ft. tall legs. The carpeting was a light grey and we used a 28-ft.-by-28-ft. white acrylic dance floor. We created a large, square bar by using banquet tables on 42-in. tall legs, which was topped and hand-skirted all around with white fabric. The ceiling of the tent was filled with panels of white scrim fabric, which were hung on aircraft cable. LED lighting fixtures, which were installed at the top of each tent pole, were directed towards the white scrim fabric.

We created an outdoor patio/lounge area below the band/dance tent where we placed some couches and coffee tables, and some tall cocktail tables with bar stools. Guests could step down from the patio to the lawn to walk around and enjoy the property and landscaping, which was lighted by more than 100 large lighting fixtures placed at the base of the trees. Power for the entire event was provided by one 45-kW and two 70-kW towable generators.

Rustic wooden benches and propane tiki torches were placed around the property to encourage guests to walk around and enjoy the scenery. The torches provided some light and contributed to the South Beach theme.

All of the vendors we called on to help us with the wedding are people that we work with on a regular basis. We could not have done the event without them. Everyone involved went out of their way to make sure that everything was perfect. Everything turned out beautifully and exceeded our expectations. 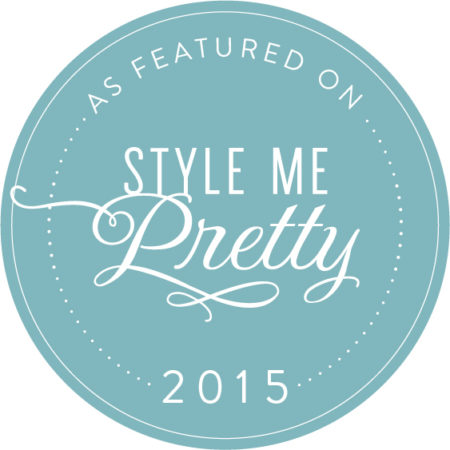